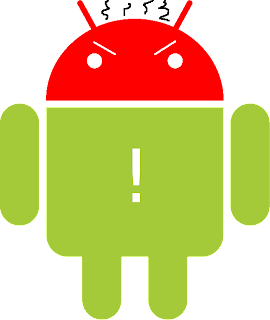 Wow, I read a bunch of reviews on the Galaxy Tab now. And it seems that there are 2 kinds of devices out there. Not really.

The ridiculous hatred of Apple Fanboys on Gizmodo about the Samsung Galaxy Tab makes me think, and kicking Gizmodo out of my feed-reader. The really jumped the shark with their "review". The review from crunchgear is a bit better.
But what bugs me most are the plain stupid comments from those fanboys who apparently never had this device in their own hands, or used it for 5 minutes in a shop. The argument comes often to "Android is not ready for tablets" and "It's just an Android phone but bigger".

Android is not made for tablets, true. Neither is iOS. It works great on the Galaxy Tab. And I don't know where the problem is. OF COURSE Android on the Galaxy Tab is just like the normal Android on a phone but bigger. I wouldn't have bought it otherwise. Android was made for scaling. It was made for different devices with different resolution, unlike the iOS, which was made for one particular device. So magically, if an app is programmed nicely according to the Android guidelines, it just scales. No need for a ridiculous "2x-Button" or special versions for tablets.  As a developer you only need to keep in mind to have the graphics stored in a reasonable resolution. Just like you can have any YouTube video fullscreen, but with 360p it doesn't look as good in fullscreen-mode as it would be in 720p.
And that's the real reason Google said, that Froyo is not ready. Devs need to learn that they have to build their apps with higher resolutions of the graphics. Changes in the marketplace already have taken place to urge devs to upload highres preview photos e.g.

Now saying Android is just bigger on tablets and not optimized is sort of a non-argument. What's the downsize of this? Nothing! How does it differs from the bigger iPod touch called iPad? It doesn't. It's just that the poor Apple fanboys are reading or hearing something that's bad for Android and repeat the babble without seeing, that it is the same on the beloved iPad. It's fine. I mean, the Galaxy Tab is being bought 600.000 time in 1 month, because it runs Android. Just as the iPad is bought because it's the same "experience" than the iPhone (and a massive ad-campaign). There's nothing wrong with that.

I do have the Samsung Galaxy Tab quite some time now, and I already wrote a review myself. It's a great device. In fact, the best tablet for ME that is available for money, to this very moment. That doesn't mean that for someone else, it's the best, too. And I think that's what those Apple Fanboys needs to learn. The world is not an apple or an android. It's something bigger, and apples and androids are just a ridiculous tiny part of it.
Posted by Ryo at 08:57