It took a while, but now KitKat 4.4.2 is officially available for the Pipo T9.
And I waited for the right moment, with a good reason.

First of all, despite what you can read on the website, you need to take the MTKtool for this, not Rockflash. I got confirmation from Pipo about that. So I downloaded it, used the official update rom file (Chinese version works everywhere), and go. Go? Nope, not so quick.

First pay attention that this update will(!) erase everything on your device, it will be completely wiped. Only the sdcard will be untouched. Backup all you can.
After unrar both files, the MTKtool did not work because of the Chinese directory names. I changed that to something easy, the it worked on Win 8. And to clarify, that is the only way. Now OTA or image copying on the device. Windows and USB, no other way.
What I missed first is you need to install the USB VCOM drivers in the directory of the MTKtool. The install file didn't work and gave an error *sigh*. So I went in to the inf-directory (for me it was x64) and right-click on both .inf-files and chose install. That worked. 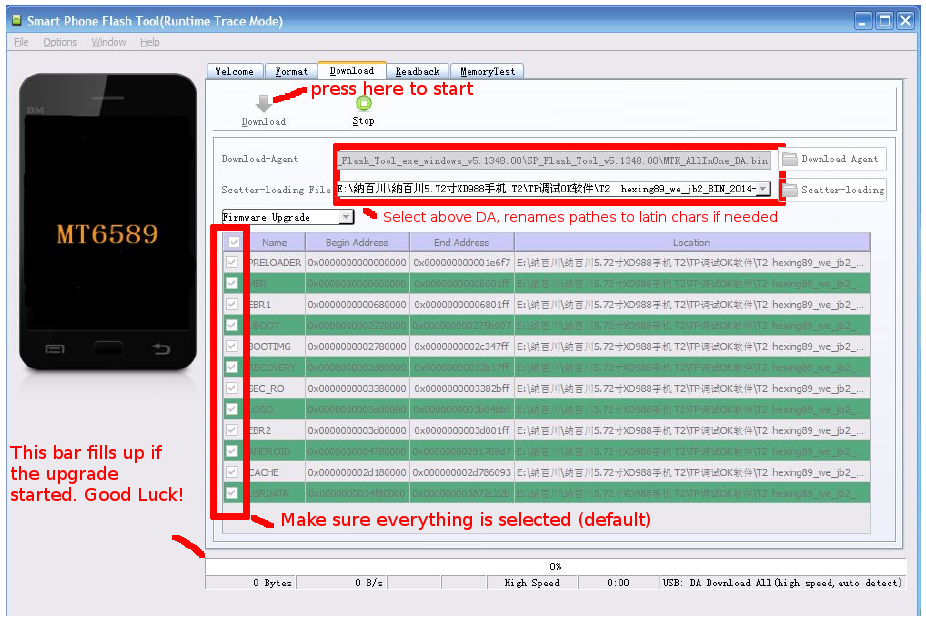 Now I started MTKtool, selected the DA "All-in-one" anything and chose the ***scatter.txt in the unpacked update-file, and chose "Firmware upgrade" from the drop-down menu (see screenshot). Didn't start flashing. Yes I made a little mistake.
You'll have to do it exactly in that order: Turn off (!) the device, wait until it vibrates for a complete shutdown. Then after all is set as mentioned above, click on "Download" BEFORE you connect the device via USB.
After I did this, the tablet started flashing, and after some time, it showed Download ok. Then I unplugged the Pipo and pressed the power button to switch on the tablet.
Hold your breath, it takes a while after it shows the new Pipo screen with 4.4.2 as the version number, before it booted up. And voilá, KitKat is on the device.

Some strange things after the update occured.
First of all, like I read before, because my device was build before July 2014, the camera has some problems with focusing. I don't care much about the camera. But if you do, be warned that you won't be able to shoot focused photos again. With models after July 2014, it seems that this problem does not occur, according to Pipo.
Then the MAC-address was different after the update! I recognized it, because my router won't allow it in the network. That is kind of strange and you might get problems if something is tied to your MAC-address.
Maybe this, or maybe not, is the reason why Google did not restore my backed up data from the cloud. Nothing. I had to install everything by hand. This was horrible.
And then there is the Google Authenticator problem. Up until now, I wasn't able to get it to work. It starts, you can scan the QR-code, but the 6-digit code for the 2-factor auth will not be accepted. I checked the time, time-zone and date, tried to sync in the app (which says no need to sync the time is okay with the Google-servers), but nothing worked. I have no clue what this could be. I also set the time-zone and time manually tempered with it but still no luck.
I'll get back to Pipo with this problem and ask if they have more feedback about it.
The internal phone storage is having problems as I can't use it to put anything on it. The apps apparently can not access it due to permission errors. Accessing the sdcard is fine. Strange. Shouldn't it be the other way around with KitKat?

The good things: I have KitKat now, with all the features. The launcher is not the stock look and feel, like with the Jelly Bean rom. Much less bloatware pre-installed on this version. That is nice, even though it wasn't too much on the previous version, too. It's quick and shiny.
Castscreen now works, and it's ready for those wearables, that didn't work under 4.2.2!

You you want to do this, let's be warned that here something can get horribly wrong and let your device be a useless brick. Keep that in mind. If everything is fine, you'll have some sweet chocalte and sugar on your Android.

Update 2014/10/27: You should backup your MAC-Address and your IMEI with MTKtool before flashing the upgrade. This tool can change them. This may cause some problems like mentioned above and more.
The overall stability of the KitKat-Launcher on the Pipo is not as good as the Jelly Bean version. It looks like an early version. The task "launcher3" crashes on boot apparently if you have icons from apps on the sdcard on the screen, as they regulary disappear at startup and show up on relaunch of the task. I ended up installing Nova Launcher which runs without any problem.
Posted by Ryo at 16:32