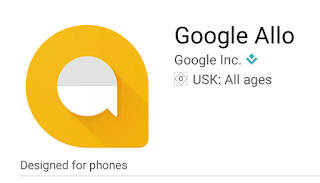 Allo is here! And it's great.
Assistant, Ink, Stickers all made very well. Easy to setup. Download, and you're good to go. You can tie in your Google account to store your messages securely and get full use of the assistant.

And here's the thing: The tech press don't get it, because this chat app was not made for them. Period. They install this thing, uninstall and cry about messages lost. How about tie to you Google account, no? Yes it magically works just like this.
But I have the feeling some Android sites want to ignore features or want to do it wrong just to bitch about Allo.

The Assistant is something new on the table. And it can be big.

So it's a big point. And Google made clear it's THE feature of Allo. You know Google make mistakes by not telling people in time what it's all about clearly. Same with the new Google+ redesign. Same with the Pixel phones. Now people start bitching "Never Pixel. I want stock Android Nexus device"...

But one thing is clear, Allo will be a major step forward in messaging. If it succeeds (whatever that means) is on another page. Especially when influential websites bad mouthing this thing for weeks. You know what, sometimes I wished Google would have the same "Sheeple" as Apple. Then Allo would be the greatest thing on the planet, revolutionary and a game changer. Then at last it would get a fair chance. With all this well known people crying about the lack of a fucking web interface, which the vast majority of chat users will never ever looking for, it's doubtful.Maybe we're in luck and those people never read those articles anyway. Oh wait... they hear it in CNN how bad bad bad it is...

"People live by their phones..." Sundar Pichai said. Well he didn't thought about the tech journalists and developers. They live by their desktops. Maybe Google made it for the vast majority, not for YOU dear devs and tech guys. Maybe they understood, that many people choose messengers because of other reasons. Sometimes for the stickers and emojis. Yupp. Last time I tried to convince an important contact (intelligent, nice beautiful woman which works in a software company) to use Hangouts, I showed her the many technical advantages of Hangouts. She wasn't impressed. We came to the stickers, and she installed it before I could finish my sentence.

And Allo has great stickers...

And this drawing on pictures... umm doodling.

Ah another feature that Allo has over WhatsApp, or did they add this feature?

Yeah sorry, I'm not keeping behind about popular posters. Unfortunately he is not alone. What some "Android-sites" are posting is a shame for them and they either have not try it or they simply lying. Personal statements are cool. But should be marked as such. Like this posting.

Yes my personal thing with Allo is: I like it, I'm using it, Hangouts is history for me. But the haters gonna hate I'll guess. Or how I put it in another comment in an official Google Play posting:

That's totally fine. If it's not for you then it's okay. Don't use it. Hangouts is still here.

And one reason is the way it works on setup. People are used to get tied in on the phone number. WhatsApp made a huge huge success out of that. And to that date does not support Desktop or Tablets directly. Did that stop it from being the NO.1 messaging app in the world with 55.6% of all users using it.

Because desktop is not relevant for the mass market. "People live by their phones" Sundar Pichai said at the Google I/O 2016. And that counts more and more.

I use Hangouts on my phone only, despite sitting most week in front a computer. I have it with me everywhere and it feels nice having it separated from my desktop works.

But really, if you want to use your computer to chat, you're not the target audience of Allo.

What I don't get is why Hangouts users are going so mad about Allo. Why? Just leave it alone and don't ruin it for other people.

Assistant? Ink? Simple install? NO need to add people. They are just there. But that all seems irrelevant. I only hope that mainstream adopts Allo a bit better than Hangouts users do.

Yes I WAS a hangouts user since yesterday. Now the question is will I use Allo tomorrow or WhatsApp/Facebook Messenger because I must. Forward forever, backward never.

But Hangouts is still here and nobody gets forced to use Allo.﻿