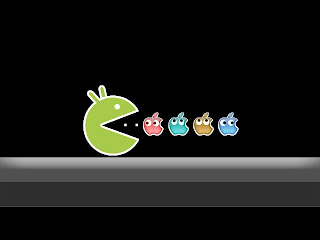 Well, we all know by now that Steve Jobs is blowing more bubbles than a soap-bubble machine.
Recently Jobs said developing for Android is a nightmare. Now the TweetDeck developers unveiled it's a lie. At last if you actually can coding. Only 2 developers made the whole work for TweetDeck for Android. And they say it isn't a nightmare. Even for the so-called fragmentation they had to say, that it's not a problem at all.

They've got the point and have the guts to say it. We all know it's rubbish to say developing is a nightmare. Of course if you want to click your app together in a few hours, then this might be not for you, and I'm glad it isn't. But if you really can program apps, this is not a big deal. The tools are all there, and if you do your programming according to the guidelines, fragmentation isn't even a thing you need to bother.
Android is scalable, and for different screen-sizes. You just need to follow the Android programming guidelines. If you do your own GUI-crap, and rewrite already integrated routines, then it might make problems. And our app bloated. That is something Android-users punish with not downloading them. The want small, slick and fast apps. Your bloatware can go somewhere else.
Thanks for the TweeDeck-team to say the truth about this.
Who fears Jobs? Nobody!

TweetDeck to Jobs: With Only Two Android Developers, Development Wasn’t a Nightmare at All: "
In response to Steve Jobs pointing out the “nightmares” developers have to face when it comes to Android’s “fragmentation,” TweetDeck’s Iain Dodsworth essentially responds “what in god’s name are you talking about?” What he actually said was this.


“Did we at any point say it was a nightmare developing on Android? errr nope, no we didn’t. It wasn’t.”

And responding to a tweet by one user – Danny Sullivan – regarding how much of a non-issue it was to “deal” with Android’s fragmentation, he says:

“… yes exactly! We only have 2 guys developing on Android TweetDeck so that shows how small an issue fragmentation is”

And that just brings us right back to our initial point: Steve Jobs simply doesn’t know what he’s talking about. He knows nothing outside of iOS, Mac, and iTunes. Why pretend as if you do? If Google can’t seem to open your eyes, then perhaps unbiased multi-platform developers will be able to. [...]"
Source: Phandroid
Posted by Ryo at 13:30