Next Version of Android IS named "Ice Cream Sandwich" 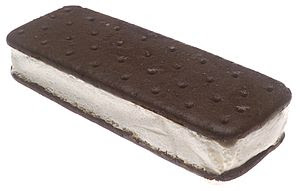 Image via WikipediaNow we have a official confimation. Well kind of...

A Google Developer, Romain Guy leaked the name in a posting. Well Andy Rubin did that in January, but after former CEO Eric Schmidt said in an interview, that the next version will be "i-something", a lot of speculation about the name came up.

And if the world of smartphones wouldn't have something better to do, to think about a possible name, this should settle the discussion for a bit. At least I hope so.
[via Android Community]