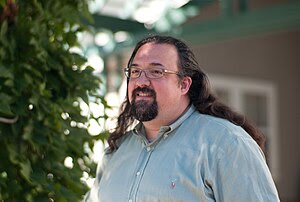 Image via Wikipedia
The FUD spreading security companies, that even construct prototypes to tell people they need to buy anti-virus-software, won't enjoy reading this one:


"Yes, virus companies are playing on your fears to try to sell you bs protection software for Android, RIM and IOS. They are charlatans and scammers. IF you work for a company selling virus protection for android, rim or IOS you should be ashamed of yourself. "

He also claims that there is not a single phone OS, including iOS, that doesn't use open source software. And all major phone OS's are secure enough.


"No major cell phone has a 'virus' problem in the traditional sense that windows and some mac machines have seen. There have been some little things, but they haven't gotten very far due to the user sandboxing models and the nature of the underlying kernels.

No Linux desktop has a real virus problem."

Finally someone speaks a clear message. Those companies want to sell their stuff, so they construct absurd scenarios to prove that you need their crapware. Open source software is the only way to have a secure system.
Security by obscurity has never worked and never will be. People should have learned this after over 20 years of Windows.
[via Google+ / Chris DiBona]