Apple Loses Another Injunction In Germany 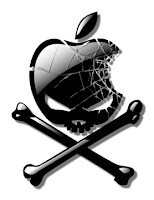 Apple is under pressure.
The newer try for an injunction over the Samsung Galaxy Tab 10.1N has failed. The judge doesn't see the point of Apple, saying that it differs a lot, and can't be mistakenly held for an iPad2.

Now while Apple is trying to get back the market share of iOS, that they lose daily to Android, it looks like it's time to get it back with innovations, and not with lawyers. More and more people starting to boycott Apple for their behavior. Quad-core Android tablets are just around the corner, and god is still dead...