I'll guess it won't take long before this is fixed, or switched correctly, but at the moment it's a bit weird. 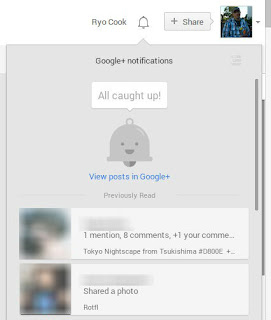 Looks like I'm not the only one with this problem, and it seems Google needs more time to switch everything to the new look.

Did you receive the new version on both desktop and mobile by now?

Update 06/21/2013: It's now on all of my devices, taking this problem to rest. Everything works fine now. Like I thought, it only took some time to roll out this feature to the different platforms.