Nvidia Shield at the Gamescom 2013

One of the few things that really caught my attention at the disappointing Gamescom 2013 was the Nvidia Shield Android portable game device. 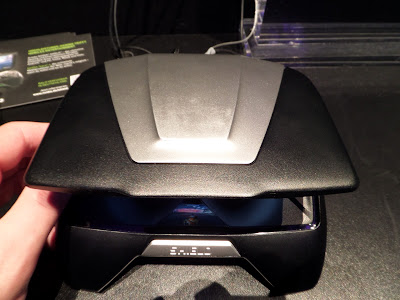 There are already some Android gaming devices on the market. So what makes this different. It's from nvidia and optimized to work with their mobile GPU. It has an nvidia store integrated and a UI that is more like a gaming device than a typical Android tablet or phone.

This gaming-handeld was shown some time ago, and didn't change  much. It still looks like a big XBox-like controller with a display slapped on it. But the hardware seems to be good enough. The display can be closed and so you have something you could theoretically put in your pocket, but it's too big to do so. So a bag would be mandatory. I don't know how robust this thing is, but it feels like it could take some hits. Heavy and massive. The plastic cover feels cheap, but robust. 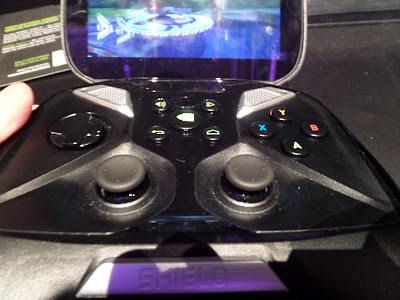 All fine and good but for $299 / €299, it's a problem of the customer attraction I'll guess. For less money you get more power for Android gaming when buying an Nexus 7 tablet and much more. For $199/€199 you'll get a PSP with a huge number of full price games. For Android this is a problem. You can have a lot of casual games, but real good games with 10+ hours of gameplay and modern graphics are rare. Android gaming has come very far. But let's face it, the number of titles that fully uses the capabilities are very low. Many good game ideas for Android are optimized for the touch screen. So again, you're better off using your phone or the Nexus 7 tablet.

I played Riptide GP2, which is Tegra 4 optimized. It ran decent, without hiccups, and the graphics were okay. Not breathtaking, but okay. After that, I tried a Sonic-game. Okay, too, but the graphics were outdated. Of course, it was a remake :). Comparing this to some titles shown at the Sony booth on the PSP Vita, it can't match up. Playing Killzone on Sony's device was a different League. I'm not saying this isn't possible with the Shield. But the games are not quite there. And some brands and titles never ever will be there because of the licenses. And the exclusivity are not present. You want to play Riptide GP2? Just download it for your phone or tablet at the official play store. 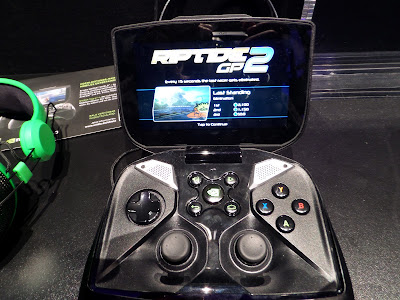 Conclusion: Hardcore gamers will rather get a PSP  I'll guess, or a Nintendo device with the great brand and Mario merchandise. The casual gamers are left to be the target audience. And I'm not quite sure if the shelf out 300 bucks to get something they can do with their phones. 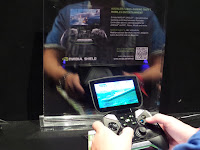 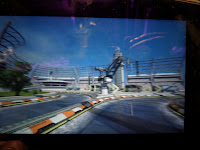 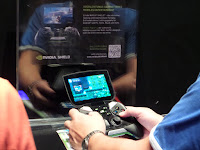 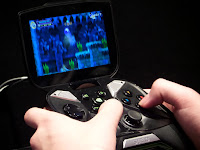