Is The "OnePlus One" The New Samsung? 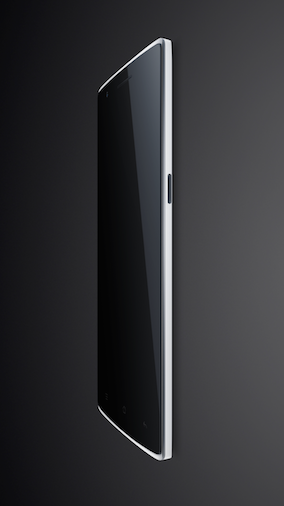 The best Android phone? The new Samsung? Are the Chinese taking over the phone market now?
These question could come to your mind if you followed the amazing PR in the last weeks. A little startup from China promises to get out the best Android phone for a ridiculously cheap price. How can this happen? It's almost hard to believe it will happen at all. But the release date is set for the 2nd Quarter 2014.
Can OnePlus succeed?

Here we go. The specs are reading like a dream:


And the price? $699 would be cheap. But you know it's $299 for the 16GB and $349 for the 64(!) GB version.
Take a deep breath. So far so good. It's available tomorrow. But there are some things that are suspicious. Of course you need to be very skeptical. It looks very good though that this is the real thing. But there is that strange invitation thing. Really? Selling through invitations? I know they might do that to hold the capacity for producing it, but I don't know if an invitation system is the right thing to do. This can very quickly spark up a big hate against that phone if you can't get it for your money. On the other site, invites can get out of control, too.
Another thing is the question how they can make this price? I read about some theories, but the most likely is that they don't make any profit on this. Maybe they even lose money. This is nothing uncommon. Google does that with the Nexus line already. But a startup? Sure they could do this to bring up the brand. And it worked. Worldwide the OnePlus one did ignite a wave of positive reports  and people are hysterical about it.
The company itself is marketing it as the "Flagship Killer", obviously a pun at Samsung. And they even have a campaign "Smash the past". Where you can get this phone for $1 if you smash your old phone to pieces. And the social media? It's going nuts. The company tweeted their presentation live, and it got a good chunk of attention on the networks.

So how are the chances for them? Well, one does not rebuild Samsung in a few month :). But his devices, if it's in your hand for real, has the potential to be a great start for OnePlus and their further products. They have all the attention now. If they can keep up with their promises and get a phone out with a decent build quality with that price point, it's sure a game changer in the long run. And we all know China will be big in mobile in the coming years. Very big.

Personally, I'm at least irritated enough to rethink my plans to buy a new phone. I wanted to buy a new device in May. Now I'm undecided. This is very, very luring.

Photo Source: OnePlus One [via Twitter] / © by OnePlus. All rights reserved.
Posted by Ryo at 09:13