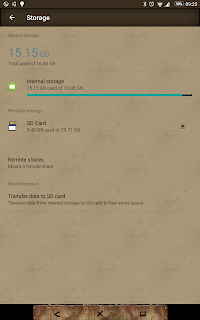 You should think manufacturers have learned, but nope. They still spreading out (sometimes quite expensive) phones and tablets with 16 GB of RAM.
The microSD card option is only a weak replacement, since on most versions of Android it is just a data memory for files and even this is not widely used. It's not easy for devs to get their stuff working on an sdcard or they just don't care.

Google apps almost never works with the sdcard, rendering it useless. With no games installed, but using major Google apps, the storage is quickly filled up.
You'll guessed it. Many apps not even uses the sdcard for simple and profane caching memory. Horrible.

When does manufacturers finally learn? I don't know. After Google introduced adoptable storage on Android 6.0 Marshmallow, most vendors kicked the feature out on purpose. But still selling phones with way too less storage, at high prices.

My device is not even 1 year old and I'm constantly have to delete apps when I want to install others. I literally have to chose what's more important. But I needed much more apps than I can install.
A mind buckling 8GB are gonna be used from Google apps only. Not much left for games, right? Screw it Sony, screw it Samsung and screw it LG. My next device will either have 128GB+ for a decent price or adoptable storage. Sorry, no exceptions.